Home / What people are saying 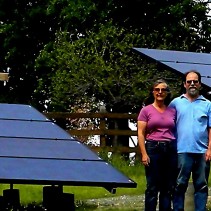 “He was personable. He went over and above the standards. He helped me understand what was going on. It was an enjoyable experience for being electrical. They were also reasonably priced.”
–DESIREE C.

“They were careful about explaining to me what needed to be done.”
–LINDA S.

“Everything was fine.”
–MARK O.

“They were knowledgeable and they worked with me on the price.”
–NEIL S.

“They did a fine job. They were competent and friendly.”
–NOAH E.

“They were honest, friendly, and they did the job quickly.”
–JAIME M.

“They are pretty efficient.”
–JOE H.

“They took the time to explain things. They were honest. They didn’t do more than what needed to be done.”
–JOHN O.

“The guys they sent out were pretty good.”
–MICHAEL H.

“Compared to the other contractors, the quality is not bad.”
–JERRY C.

“I liked the first gentleman who came and did a small job.”
–FRANCES M.

“I liked the man who did good work.”
–EDWARD G.

“They were very professional and courteous. They did the job well. I was very satisfied.”
–CAROL V.

“They came when we needed them. It was kind of an emergency and they got here quickly and took care of the problem for us.”
–CHARLES S.

“They were prompt. They discovered the issue quickly, fixed it, and left the area clean when they finished.”
–DICK B.

“They were really professional.”
–DOROTHY P.

“They came when they said they would. They took an interest in my problem. They were able to figure it out.”
–EARL S.

“Their efficiency and professionalism, everything was on the estimate and nothing was added on at the end. He estimated what he was going to do and that was what he did. They were great.”
–ESTER M.

“They seem to be very honest, reliable, and right around the corner from us. They are great.”
–FRANK P.

“They were personable, clean, they did what they said they would do, and provided us with options. They’re top-notch.”
–JANE S.

“They came out and fixed the problem quickly.”
–JEFF M.

“They were efficient, they got the job done, they cleaned up the mess, and left the house as neat as when they arrived.”
–JERRY P.

“They did a great job and they were friendly.”
–JILL H.

“They were timely and they did a good job.”
–JIM S.

“The people who came out were very nice, clean, and the job was done right.”
–JOANA C.

“They were very friendly, they knew exactly what they were doing, and they told me the price beforehand.”
–JUDY B.

“They were very professional.”
–KATHERINE S.

“They were very personable. Everything they did was good. I was happy with their work. I called them a couple of times.”
–LARRY B.

“I liked that the prices were reasonable and they were really easy to work with.”
–LAVERNE C.

“They were very friendly, knowledgeable, and able to do a lot of things I asked on the fly. They were very accommodating.”
–LINDA G.

“They seemed knowledgeable. I was very satisfied with the work they did.”
–LOUISE P.

“The aspect of dealing with them was pleasurable. I spoke with the owner. He had a good personality and made sure I was satisfied. Also, he knew what he was doing and the price was right.”
–MANUEL N.

“Everything was fine. It all worked out very well. I haven’t had any problems since.”
–MARLIN M.

“They were professional, friendly, and they did the work well. I was satisfied.”
–MARLOWE M.

“The owners and their people are really nice. They are efficient, the prices are reasonable, and they have a lot of integrity.”
–MICHELLE F.

“They are prompt, they do what they’re asked to do, and they go beyond the call of duty.”
–MIKE F.

“The owner is the one who has done work at our house. I know enough about electricity to know he’s absolutely competent, he does the right thing, and his prices are reasonable.”
–NICK S.

“They worked really well. What they did works well too.”
–REMEDIOS D.

“The best part was that he showed up right on time. When he had to come back, he was right on time also, which was amazing. He did the work cleaned up, and he was out of here.”
–RODGER C.

“They replaced a broken fuse. I thought they were very professional and quick. They explained a lot of things and kept me in the loop. They charged me the market rate. In the end, I was pretty happy.”
–RON C.

“Good communication with information and answering of questions and good follow-up, they did a fantastic job.”
–STUART L.

“They came on the weekend, which really surprised me, because they knew how important the project was. They put in the extra effort.”
–VICTOR C.

“I can call and ask them to do a job. They’re out there, they let you know what it will cost, they are very clean, and they do a good, professional job. I use them all the time. They are a number one company.”
–S. E.

“The quality of their work”
–BILL W.

“Good service, on time, and the work was done well.”
–BRIAN G.

“I liked their friendliness, their courtesy, and their promptness.”
–DALE P.

“They provided good advice and they cleaned up after themselves.”
–ED D.

“They were very knowledgeable. They had a site team for the job and they did a good job. The job went a little longer than originally thought, because they found some additional items that needed repair, but they stayed with it and made sure it was finished. I think they even put in more time than they were able to bill us for.”
–GRAEME M.

“The fellow who came out was very helpful. He explained a lot of things.”
–JOSEPH D.

“They were reasonably available and pleasant to deal with.”
–KATHLEEN N.

“They were friendly and professional.”
–LYNDA S.

“They came out when they were supposed to. They were clean and they picked up after themselves. When they had to make a hole in the wall, they told me beforehand. They also listened to what I wanted.”
–MONA H.

“They were competent and honest.”
–RANDY K.

“They were very efficient, clean, and they seemed to know what they were doing.”
–RUSSELL M.

“The fact that they were able to troubleshoot the problem”
–STEVE S.

“They were quick, on time, and efficient. They cleaned up after themselves.”
–BARBARA S.

“They were punctual and they met their commitments on time.”
–DAVID R.